The AGA grants EECG Research Awards to graduate and post-doctoral researchers who are at a critical point in their research, where additional funds would allow them to conclude their research project and prepare it for publication. 59 students and post-docs applied for funding this year.

The AGA Council is pleased to announce the recipients of this year’s EECG Awards:

1.  $8,000 to Jessica Rick (University of Wyoming): Investigating the role of periodic gene flow in admixture and diversification

7.  $8,000 to Anna O’Brien (University of Toronto): Mechanisms of acquired tolerance to toxic urban runoff in duckweed

1. Rick – Nile perch
Hybridization and introgression are widespread among closely related species across the tree of life. Cycles of isolation and contact as a result of environmental changes—which result in periodic gene flow—can be important influences on speciation and hybridization, but the role of such periodicity in the process of speciation has been given relatively little attention. My research uses these developing genomic tools to investigate the role that environmental fluctuations play in diversification, admixture, and population structure over both short and long timescales in a four-species radiation of Lates fishes in Lake Tanganyika, East Africa. Periodic connections between the Congo River and Lake Tanganyika may have allowed these species’ ancestors to invade Lake Tanganyika and hybridize with nascent species, punctuated by periods of allopatry between lake and river populations. Repeated invasions and secondary contact may have facilitated diversification among Lates populations, and thus Lake Tanganyika provides a simple system for testing support for the theory suggesting that speciation can occur more quickly under periodic than consistent gene flow or consistent allopatry.

2.  De Corte – Carabid beetles
The recurrent gain and loss of identical traits during the time course of evolution has puzzled evolutionary biologists since Darwin. Comprehending the genomic basis of striking cases of repeated evolution of similar traits is crucial to understand how genetic and developmental mechanisms constrain or facilitate adaptive evolution. In my PhD, I am addressing this evolutionary question by investigating the recurrent evolution of discrete wing dimorphisms across the carabid beetle group. So far, I have reconstructed the genomic sequence of the locus underlying the wing dimorphism for the focal species, Bembidion properans. However, a proper understanding on how genetic variation at this locus translates to the phenotypic differences in wing size requires accurate knowledge of the coding sequences and their expression profiles. I therefore propose, here, to perform RNA-Seq to annotate the wing dimorphism region, to perform differential expression analysis between long- and short-winged morphs at key developmental times, and to more broadly annotate this previously undescribed genome.

3.  Barts – Fish in H2S-rich streams
Extreme environments push organisms to their physiological limits, and the recent literature is rich in studies investigating the mechanisms underlying adaptations that allow organisms to thrive in these habitats. However, little is known about why only some species are capable of initially colonizing these extreme conditions. A potential explanation for this phenomenon is exaptation, where the function of a trait with a particular function is co-opted for a new function given new conditions. We will test whether exaptation may have facilitated the colonization of hydrogen sulfide (H2S) -rich habitats. H2S is lethal to most organisms, and streams rich in H2S are characterized by low biodiversity due to limited physiological tolerance. We used a comparative approach to investigate the physiological responses upon H2S exposure in successfully colonizing species and unsuccessful species. We found that ancestral populations of successful invaders had a higher survival rate in response to H2S exposure than those lacking a sulfide-adapted population. We are now interested in exploring the existence of exaptation in specific physiological pathways using comparative transcriptomics. This experiment will allow for the elucidation of possible exaptation that facilitate colonization of extreme habitats.

4.  Klabacka – Parthenogenic lizards
The ubiquity of sexual reproduction in vertebrate organisms contradicts the theoretical benefits of asexual reproduction, suggesting that asexuality carries negative fitness consequences. My research examines the organismal, physiological, and genomic consequences of asexuality within a vital biological process: mitochondrial (Mt) respiration. My data shows that asexual lizards possess reduced (1) endurance capacity and (2) mitochondrial respiration. Decreased endurance capacity and Mt function may be a result of reduced mitonuclear compatibility. Mt and nuclear (Nuc) gene products must maintain a co-adaptive relationship to facilitate efficient electron transport, oxygen consumption, and subsequent ATP production. Because asexual organisms lack the ability to incorporate polymorphisms from the population via genetic recombination, when deleterious mutations arise in the Mt genome (which happens at a higher rate in the Mt genome compared to the Nuc genome) asexual lineages are ineffective at incorporating compensatory mutations in the Nuc genome. I will sequence mitonuclear genes to examine genetic differences between sexual and asexual organisms that may be contributing to decreased mitochondrial function, shedding light on the genomic source underpinning a physiological consequence of asexuality.

5.  Kimmitt – Migratory songbirds
Seasonal migration is exhibited by individuals in nearly every animal group and requires a finely tuned set of adaptations. Differentiation in migratory phenotypes can drive population divergence, if for example, hybrids exhibit inferior migratory routes compared to parental forms. Until the recent development of high-throughput genomic tools, determining the genetic basis of the behavior was nearly impossible due to the complexity of the trait. Previous work in the Delmore lab identified candidate genomic regions on chromosome 4 associated with migratory behavior in the Swainson’s thrush (Catharus ustulatus), a migratory songbird that includes two distinct subspecies groups that exhibit divergent migratory behavior. To further elucidate causative genes, I will investigate whether viability selection acts against hybrid genotypes in thrushes. Specifically, I will use a cohort analysis to identify loci under selection that exhibit changes in heterozygosity between juvenile and adult thrushes. I hypothesize that heterozygosity in loci associated with migration will be higher in juveniles than adults, such that viability selection is acting against the hybrid genotype.

6.  Lehto – Stickleback plasticity
Phenotypic plasticity may facilitate adaptation in changing environments, though empirical tests of this phenomenon are difficult and molecular mechanisms are largely unexplored. Epigenetic modifications like DNA methylation, are dynamic and sensitive during development, and provide a source of non-genomic heritable variation that influences gene expression and, thus, may be critical to mediating plasticity and its facilitation of adaptation. Iceland is a harsh, striking landscape, and threespine stickleback populations in Iceland vary considerably in their sensory challenges and in their ages. This study aims to characterize variation in DNA methylation that may underlie plasticity of sensory systems in Icelandic stickleback using whole genome bisulfite sequencing (WGBS), which additionally provides us with the opportunity to identify genes that are more susceptible to epigenetic modification and, therefore, may be more likely to contribute to plastic phenotypes. The role of epigenetic modifications and epigenetic inheritance in shaping diversification and evolutionary trajectories is an exciting research frontier. This work will broaden our understanding of the interplay between plasticity, epigenetic modifications, and adaptive evolution.

7.  O’Brien – Duckweed salt tolerance
Increasing salt contamination from road runoff is a critical stress facing freshwater ecosystems. Duckweed, a common freshwater plant, is sensitive to salinization, yet some populations withstand regular doses of salt runoff. Our previous work suggests that this tolerance may be acquired across clonal generations and controlled by methylation. An ongoing experiment is currently testing whether acquired tolerance is maintained, and how maintenance varies by duckweed genotype. Here, we propose to analyze additional samples from this experiment to identify genomic regions involved in epigenetic salt tolerance and to add geographically dispersed samples to estimate the role of epigenetic inheritance in duckweed persistence in chronically saline sites. The proposed analyses comprise bisulfite sequencing of 39 methylomes: 29 from the ongoing experiment, and 10 samples from geographically dispersed field sites. 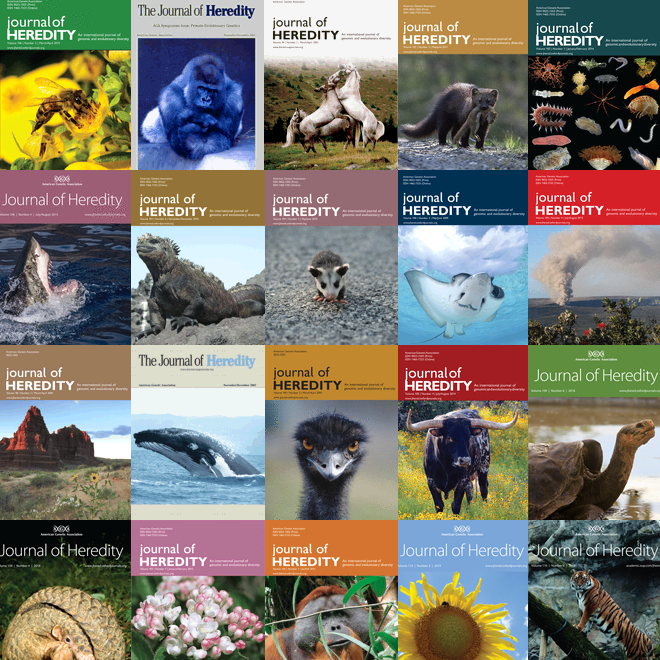